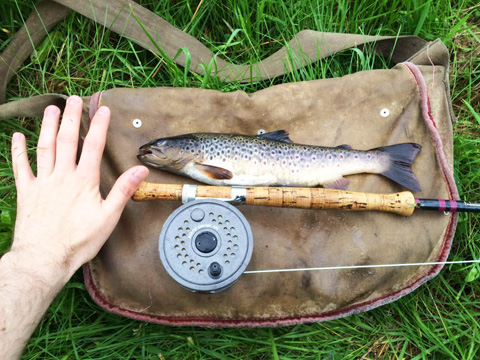 The 60-mile River Deveron falls into the category of ‘hidden gems’ as far as brown trout, sea trout and salmon fishing are concerned. The Deveron boasts the highest salmon catch after the 'Big Four Scottish rivers'. In 1921 it held the British record for the biggest atlantic salmon caught on a fly at 61 pounds.

The fishing at Lynebain, which is for two rods, consists of about 2 miles (3.2 kilometres) of continuous fishing, being 1.25 miles of both banks and 0.75 miles of single bank. There are 18 named pools, including the notable Mill Pool, which is considered one of the best salmon holding pools of the upper part of the River Deveron.

Fishing is by fly only. In addition to salmon, a good grilse run occurs from July onwards and Brown Trout offer exciting and challenging sport, especially on a dry fly in the early months of the season. The beat also catches the occasional Sea Trout.

This is a particularly beautiful and secluded glen. Part of the charm of Lynebain is the close proximity of Waterside Farmhouse to the fishings, enabling the keen fisherman to try some of the closer pools at any time of day. Access to the pools is entirely on foot and, to preserve the unspoilt environment, only limited bank clearance has been undertaken. As is typical of the upper reaches of a highland river, the fishing is a little more challenging than on some lower beats in more accessible locations.

The Beat can be covered with single handed rods between 9' to 12' (2.5 to 3.5 metres), and chest waders are recommended for fishing the top pools. Suggested salmon flies on the river and beat include Ally's Shrimp, The Munroe Killer and Cascade, all of which are easily found in most tackle shops.

Tube flies and cone tips are known to have been successful in the Mill Pool. Sea Trout may be caught on a Stoats Tail (also good for salmon), a Butcher or even a Teal Blue and Silver. The main Sea Trout run occurs from the end of May to the end of July and a 7 lbs fish is not uncommon for the Deveron. Brown Trout offer exciting sport in the early months of the season and may be caught on both dry and wet flies.

At Lynebain, fishing is by fly only and we enforce a code of restraint with a maximum of two fish to be retained in any one week, all other fish should be returned. In addition, in September and October all hen fish and red cock fish should be returned.We support Catch and Release and can offer guidance in best practise of this conservation method. Furthermore, the use of barbless or pinched flies is strongly recommended to reduce damage and increase the chance of returning fish unharmed.

We are strong supporters of the Deveron, Bogie & Isla River Board’s Code

The Gs parasite is a highly contagious bug that has devastated salmon stocks in foreign countries, especially in Norway. We want to keep it out of Scotland's rivers. 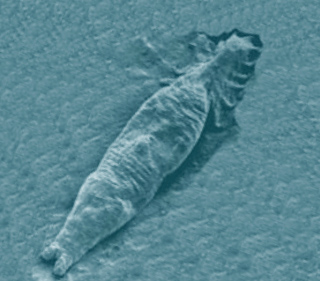 Here's what you need to do

The Gs parasite needs a wet environment to survive. If you have been fishing in other countries before coming to Scotland, please make sure that any watersports equipment (such as waders, all fishing equipment, bags, canoes and windsurf gear) is completely dry before use in Scotland.

To ensure your equipment is not contaminated, please take one of the following precautionary measures:

- Deep freeze for at least 1 day or Immerse in a GS killing solution for minimum 10 minutes.